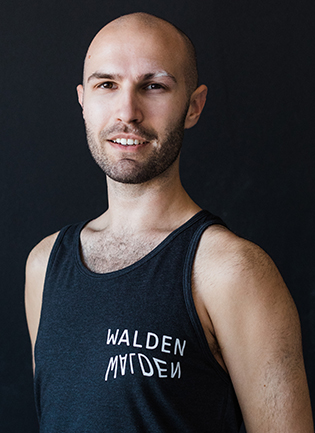 Pilates Instructor, flutist, and active flute teacher, Roger Michael Hoverson, first came across the Pilates Method by chance after picking up a book on Pilates in a Barnes and Noble at the age of 15. Quickly falling in love with the practice, he remained largely self-taught and practiced off and on for a decade before deciding to become a Pilates Instructor in 2017.

As a flutist, Roger has found Pilates to be an invaluable resource to help facilitate healthy joint function, increased body-awareness, and efficient posture. As a flute teacher, he frequently draws on his knowledge from Pilates to educate his students about various physical aspects of flute playing.

Currently a Master’s student at the University of North Texas studying flute performance, Roger was awarded the “Health Literacy Award” from the National Network of Libraries of Medicine of the National Institutes of Health for his proposal “EMPOWERING BAND, CHOIR, AND ORCHESTRA TEACHERS WITH EFFECTIVE HEALTH EDUCATION STRATEGIES” (UG4LM012345) to help facilitate and expand health education in secondary music classrooms across Texas.

Roger Michael Hoverson has completed the Comprehensive Balanced Body Pilates Teacher Training at Pilates Unlimited (January, 2019), received his BA in Music from Northeastern State University in Tahlequah, Oklahoma (2015), and is a flute student of Dr. Mary Karen Clardy. Roger formerly taught Pilates Classes at the University of North Texas Recreation Center and at fitness studios in the greater Denton area.

An easy & convenient way for you to secure your classes.