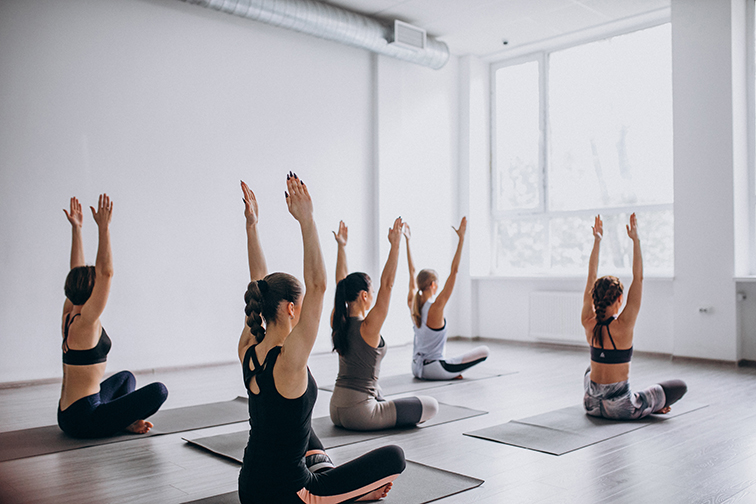 As a physical therapist, I find that Pilates is an essential extension of treatment for most patients. I realized years ago that just alleviating pain was not enough. I had to educate my patients to live and thrive in their bodies with all the challenges their injuries or disorders present.

One client, we’ll call her Jill, came to me with chronic upper back and neck pain. Physical therapy helped resolve each acute episode, but it didn’t prevent the inevitable onset of another crisis. She seemed like a perfect candidate for follow-up with Pilates exercises. Jill also suffered from Irritable Bowel Syndrome, a digestive disorder that afflicts an estimated 15 to 20 percent of the population. It has been called “a disturbance in the interaction between the gut, the brain, and autonomic nervous system which regulates involuntary reactions of internal organs.” Symptoms include bouts of diarrhea alternating with constipation, painful colon spasms, cramping, gas, and bloating. The pain from the IBS often prevented her from doing exercises that she had been told would strengthen her core, which would give her needed support for her back.

Jill was very enthusiastic about Pilates. The idea of strengthening the core seemed ideal for both her back problems and her digestive issues. Unfortunately, her IBS symptoms worsened after every session. Exercises such as Hundred Beats brought on cramping, and after the session she reported increased gas and bloating, which signaled the beginning of an IBS attack. This made her extremely wary of attempting to do the routine Pilates exercises.

Over the years, working with many different types of body issues, I have learned that just a small variation on a traditional exercise can make a huge difference in how the client feels. There are nuances in the work that have the power to help many people who have come to believe that exercise is not for them. In working with Jill, I made minor alterations, removed certain exercises from the routine, and educated her on breathing and on developing awareness of what she was doing as she exercised.

Nuance #1 BREATHING
The mark of success in Pilates is when a client “gets it” and carries the concepts they learn in class over into their daily lives. For this, education is key. Without awareness, people can’t change. The first area we worked on was Jill’s breathing. She learned that if she stopped breathing, she was clenching, but if she focused on her breathing, she tended not to grip her abdominal muscles. I taught her that rhythmic breathing pushes the diaphragm down to stimulate abdominal organs, which helps you avoid bracing. For Jill, it was “Aha,” moment.

Sometimes it’s the cue that throws people off. A common cue for scooping is “knit the ribs.” For some people, especially those who experience a lot of stomach pain, that means “clench.” They’re so used to trying to keep their gut relaxed, that when you tell them to scoop, they think “clench” and may tense a myriad of muscles. To help them avoid this, have them stay focused on the breath.

Nuance #2 ABDOMINAL WORK
It is very easy for a Pilates novice to ignore or misunderstand cues for exercises like the Hundred Beats. The instructor is saying Beats and client is thinking Crunches. In their enthusiasm, they grip their abdominals and aggravate their IBS symptoms. The solution is Education, Education, Education!

(1) Demystify the Core. Core work extends beyond trunk flexion. Cut out any abdominal curling exercises from the regimen and explain why the curling compresses the digestive organs, aggravating their symptoms.

(2) For some, even the Scoop (transverse abdominus exercise) is too much. Focus on the Kegel instead. Research has shown that a good Kegel will activate the trA, avoiding the tendency to brace.

Assess if your client is engaging the abdominals by putting your hands on the front and back of the trunk, then cue the client to relax the clench.

Nuance #3 BACK WORK/SPINAL EXTENSION, Swan with Propped Passive Extension
IBS sufferers often present with closed front body. That could be a protective instinct, from bracing, or from any number of other causes. If you just focus on Swan, the client may only extend from the lower back and never open the chest.

Have the client lie supine over a folded blanket or towel (the ½ barrels and foam rollers are too hard). Place it east/west approximately at the shoulder blades (depending on the height of the client). You’re looking for a lengthening of the infrasternal angle away from the pubic bone. This passive extension will allow the client to begin experiencing chest opening and abdominal lengthening.

Gradually progress to prone on elbows and Swan, using the arms to press up. The key is to maintain the open chest and lengthened abdominals while teaching the arms and the spinal extensors to lift up.

Don’t be afraid to encourage Passive Extension each session. The IBS sufferer needs to feel that sense of space and opening in the front body.

Nuance #4 LENGTHENING
In axial extension, with all the intervertebral spaces maximized, the front and back bodies are lengthened equally. You have to educate your client before they can achieve this. Spinal lengthening is often confused with spinal extension. Telling someone to sit up tall may not be the ideal cue if, when doing so, they increase their lumbar lordosis and roll the pelvis forward. Indirectly, this anterior pelvic tilt often inhibits the action of the Kegel. Instead, educate on sequential use of the spine. Line the client up using a yardstick or a wall, or if they are seated, have them place their feet flat on the floor. When they lengthen up, make sure they are lifting the front and back ribs equally, not changing the position of the pelvis. Traveling up the spine requires that the sternal area be lifted without moving anything below. A useful cue for that is what I call the Necklace: Imagine you are showing off a beautiful necklace as you lift just your chest.

Pilates, so often thought of as synonymous with Core work, is often counterproductive for IBS sufferers. But with some nuances, it can actually be beneficial. Education and clear explanation is more important initially than the exercises themselves. But with that preparation and awareness, the IBS client can gradually ease into a full-blown Pilates program.

An easy & convenient way for you to secure your classes.